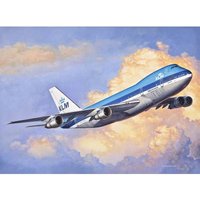 The Boeing 747 colloquially known as only Jumbo-Jet-was until 2005 the largest commercial aircraft in the world. After the first flight in February 1969 and the first series version were modifications with stronger engines and larger fuel capacity under the name of 747-200.This text is machine translated.